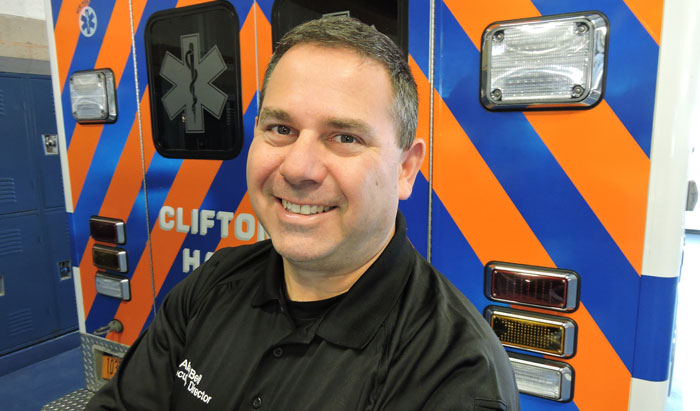 Medical Director and Chairman of the CPHM EMS Board of Directors, John Janikas, MD said, "I am excited to have Alan lead the organization as the Executive Director. The skills he has acquired through decades of service in law enforcement and EMS will undoubtedly help us achieve our mission and better serve our community."

As Executive Director, Bell will be responsible for overall effectiveness of the organization including strategic planning, leadership and oversight of all services and operations for the ambulance corps.

While this position at CPHM EMS is new for him, he is not new to the organization. Bell has been contributing to CPHM EMS’s legacy for over two decades, most recently in the management role of Shift Supervisor. During that time he has seen the agency grow tremendously and was thrilled for the opportunity to step into this leadership role.

“My tenure with CPHM has allowed me to see the evolution of this organization into the award winning, premier agency that it is today. Throughout that time, no matter what role I was in, I worked hard to propel the agency forward. As Executive Director, I look forward to insuring we stay on this path of success,” says Bell.

Before accepting the role of Executive Director, Bell recently retired as Sergeant for the Niskayuna Police Department, where he spent the last twenty years building a career in law enforcement. As he advanced in the ranks with Niskayuna, Bell spent many years as an educator, focused on Drug Recognition and Prevention. He was the recipient of the Schenectady County STOP DWI Award.