Clifton Park & Halfmoon Emergency Corps is pleased to announce the appointment of three new Deputy Directors as the agency transitions to a new leadership model in 2021.

CPHM Executive Director Alan Bell said that the changes have been in discussion for some time. However, the recent departure of a key staff member prompted the agency to implement the new leadership structure. “When our Deputy Director of Operations, Pat Bornt, announced he was leaving to accept a new position elsewhere, I knew it was time to rearrange our leadership structure. Pat was, quite honestly, doing the work of two people and we needed to update our personnel configuration,” Bell explained.

The agency started operating under the new structure in mid-December. Fortunately, Bornt is still at CPHM until the end of the year to help the new Deputy Directors get oriented. Under the previous structure, Bornt, as the Deputy Director of Operations, and his counterpart, Jose Zermeno, the Deputy Director of Clinical Services, had very distinct responsibilities managing the agency’s day-to-day operations and medical staff, respectively. This required the agency’s Shift Supervisors to pick up some administrative duties. It also limited the amount of time Bornt and Zermeno could spend mentoring staff.

Under the new leadership structure, there will be three general Deputy Directors. All of the clinical and operational duties will be redistributed among the three positions.

In addition, the Deputy Director coverage will be modified so that one of the three leaders is on duty at all times and not just on weekdays.

Executive Director Bell said, “The new leadership structure gives us greater flexibility to assign responsibilities among the three Deputy Directors. Not only will this increase efficiency, it will also allow us to take back some of those administrative duties that had been given to the Shift Supervisors.”

Bell continued that the change “will allow the Shift Supervisors to have more time for hands-on mentoring, which is so important in helping staff create their individual plans for career development and progression.”

The agency will fill the two new Deputy Director positions with long-time CPHM employees Peter Lennon and Mark Freiberger. Bell stated, “I am very pleased to see these two individuals move up through the CPHM ranks and now play key roles in our new agency leadership structure. Both Peter and Mark have shown an extraordinary commitment to the agency and I’m confident that they will excel in their new positions.”

CPHM Executive Director Bell said that the agency is ready to tackle whatever lies ahead. “This past year showed us that we need to be flexible in everything that we do. I’m confident that the new leadership structure will help CPHM meet any challenges we face in 2021.” 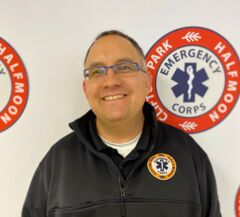 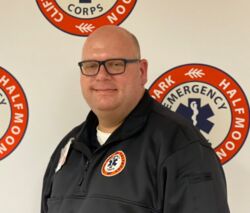 Jose Zermeno has worked in the EMS field since 2006 and became a CPHM Paramedic in 2012. During his tenure at the agency, he served as a Senior Medic and Shift Supervisor before being named Deputy Director of Clinical Services in September 2019. One of his primary job functions is overseeing CPHM’s education and training program and ensuring staff maintain their medical skill proficiency. Zermeno said, “I look forward to working with Peter and Mark as we implement the new leadership structure at CPHM. We will be working together as a team and I think our varied backgrounds and skills will allow us to bring CPHM to a new level of excellence.”

Peter Lennon started his EMS career in 1997 and has worked at CPHM for 20 years. While at CPHM, he has served as a Senior Paramedic and Field Training Officer. He has also helped out with other operational tasks, such as ordering the agency’s oxygen, and was named CPHM Paramedic of the Year in 2019. Lennon said, “I’m really excited to help CPHM continue its tradition of premier patient care. My primary goal is to make sure that CPHM, as an agency, is constantly moving forward and finding ways to improve and excel.”

Mark Freiberger started his EMS career in 2008 and joined the CPHM staff in 2012. He became a Shift Supervisor 7 years ago and is also in charge of the agency’s Buildings and Grounds. Freiberger was instrumental in the agency’s COVID response, ordering decontamination supplies and coordinating staff decontamination training. He also serves as the CPHM COVID Contact Tracer and assures that all staff are screened before every shift and cleared to work. Freiberger said, “I’m eager to help the staff at CPHM develop their professional skills and provide the best patient care in the area. I hope to work with the Shift Supervisors on training opportunities that will give the crews the tools they need to succeed. We have a great team here at CPHM and I’m excited to be part of this new leadership structure.”