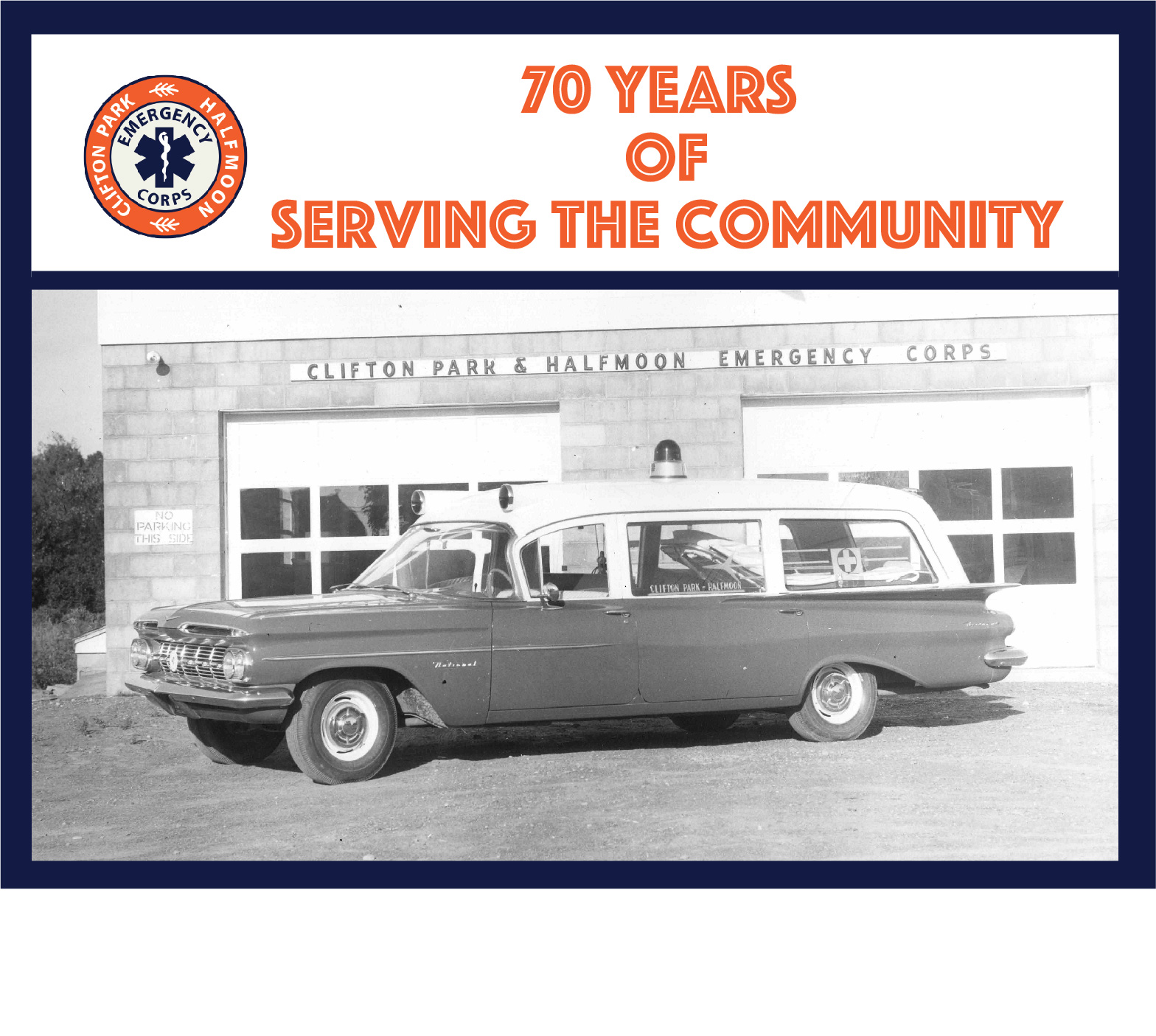 During the Summer of 1950, a local tragedy took the life of a young child. At the time, the Clifton Park and Halfmoon areas did not have a readily-available emergency medical service and were forced to rely on assistance from neighboring communities. Help was sometimes 45 minutes away – which was far too long on that fateful summer day in 1950. The heartbreaking event motivated the community to react.

Just two months later, in September 1950, a small group of concerned community organizations held their first official meeting at the Vischers Ferry firehouse. At that meeting, the group formed what today is the Clifton Park & Halfmoon Emergency Corps.

Back in 1950, the newly-formed emergency corps had only one ambulance (a 1937 Packard) and no station. Volunteers paid for expenses out of their own pockets and the ambulance was temporarily kept at various garages throughout the community. The new emergency corps responded to just four calls in its first four months.

We’ve grown quite a bit over the last 70 years! We moved three times and now have 11 response vehicles. We respond to approximately 7,000 calls a year. We’ve grown to almost 100 employees and operate two stations to make sure we can respond quickly within our 80-square mile coverage area.

But one thing has remained constant over the past 70 years – our commitment to the community.

We train tirelessly to make sure that we can help you when you need us.

We strive to embody our five core values of Integrity, Compassion, Respect, Innovation, and Safety. We are committed to premier patient care and successful, integrated community partnerships.

And most important, we know it is a privilege to serve our community and achieve our vision of Excellence in Service to All. Thank YOU for letting us be a part of your community!

Due to COVID-19 restrictions, CPHM will not be holding a community event to celebrate this milestone. We are hopeful that in June 2021, which is the 70th Anniversary of the agency’s incorporation date, we will be able to celebrate with the community in a safe and fun way.

If you have photos, newspaper clippings, memorabilia items, or even just memories of CPHM’s history, please let us know! We want to learn more about the people and events that were part of our evolution. Email us at info@cphmems.org or call us at 518-371-3880 ext. 117.