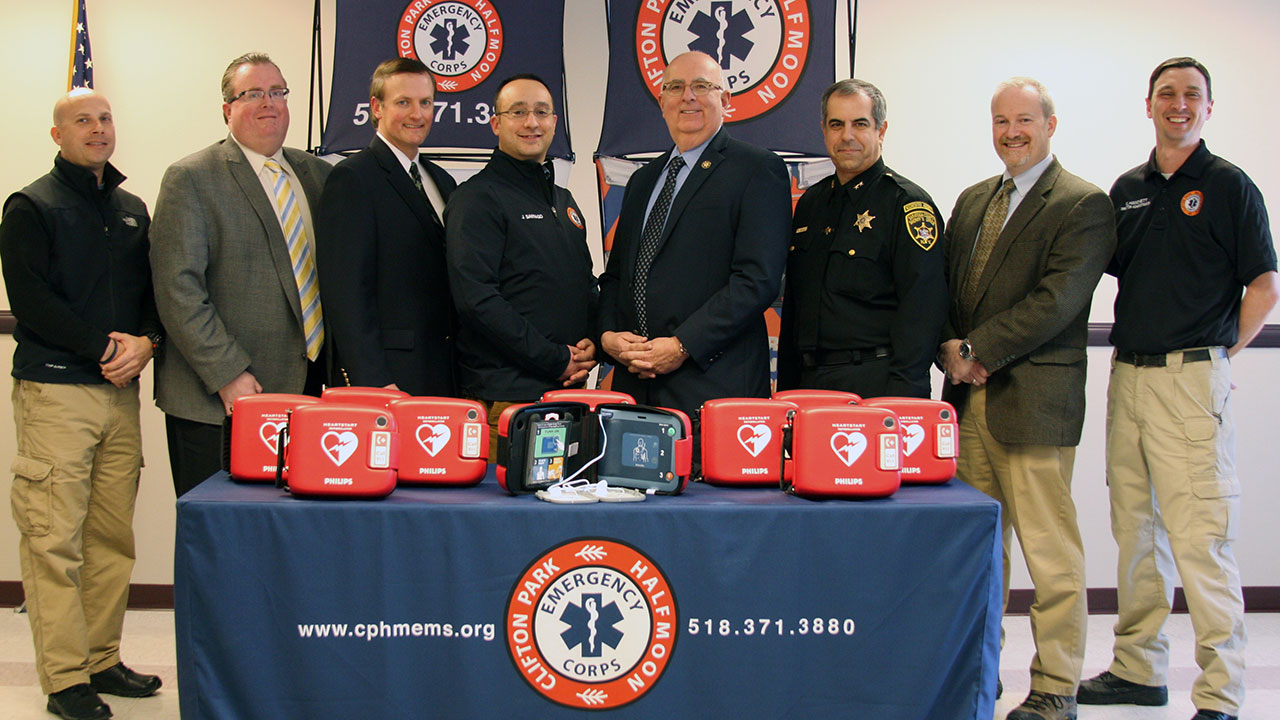 CPHM EMS presented the gift of 10 Automated External Defibrillators (AED) to the Saratoga County Sheriff Department this past Tuesday.

Sudden cardiac arrest is one of the leading causes of death in the U.S. and over 350,000 people will suffer from SCA this year. An AED is the only effective treatment for restoring a regular heart rhythm during SCA and is an easy to operate tool for someone with no medical background.

CPHM EMS Director of Operations, Michael Seney said “With an AED onboard, the Sheriff’s patrol unit will be able to potentially increase chances of survival in SCA by administering rapid defibrillation.”

For each minute defibrillation is delayed, the chance of survival is reduced approximately 10%. With Saratoga County Sheriff patrol units equipped with an AED device, law enforcement will be able to administer life saving care until first responders arrive on the scene.

According to the Sheriff, Michael H. Zurlo, "The addition of these 10 AEDs to our existing units will allow us to deploy AEDs in every part of Saratoga County. Our patrol units are on the road 24 hours a day and ready to respond at a moments notice generally, arriving first on the scene. All of our members are certified in CPR and our excellent Desk Officers in the 911 Center are trained to provide CPR instructions to callers in an emergency. The best chance for survival of a cardiac arrest occurs with early CPR and early defibrillation. With this generous gift from the Clifton Park & Halfmoon Emergency Corps we are now in a better position than ever to provide these two vital links in the Chain of Survival. The men and women of the Saratoga County Sheriff's Office are committed to our goal of making Saratoga County a safe place to live, work and raise a family. "

The funds used to purchase the AEDs were donated by Clifton Park and Halfmoon residents during the annual CPHM EMS Community Service Fund Drive.