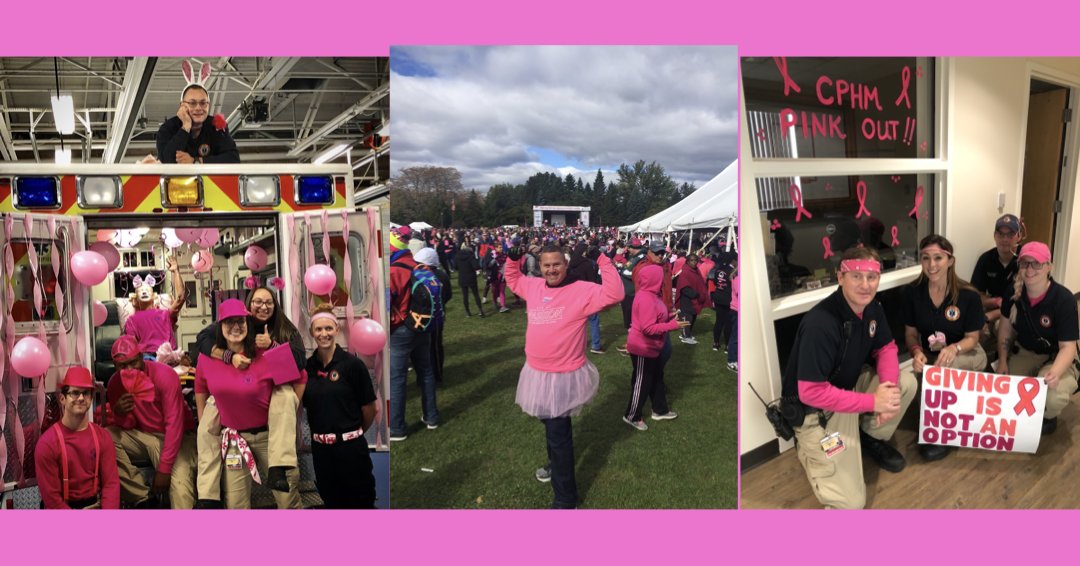 As we settle into November, we reflect back on quite a special, and impactful October.

For many years, we have shown our support of Breast Cancer Awareness by wearing Pink Out tee-shirts. But, this year we tried something new, and we couldn’t be more pleased with the outcome.

It started with a great idea proposed by our membership; “$30 for 30 Days of Pink”! With a $30 donation, each member would have an opportunity to express their Breast Cancer Awareness support by adding some pink flare to their uniform.

To sweeten the pot and add a competitive edge, we built in a couple incentives. First, our Executive Director, Alan Bell vowed to personally match a $500 fundraising goal with a $500 donation. If that wasn’t generous enough, there was more. He promised to wear a pink tutu...in a very public way! Alan said he would wear a pink tutu in the Albany Making Strides Against Breast Cancer walk. Oh, we HAD to make this happen.

Also, the crew that showed the most PINK OUT spirit would get a pizza party.

Well, within the first week, we had raised that $500 that Alan would match, and we didn’t stop there. Collectively, our members, and a couple friends, raised $1,060! Alan matched the first $500 we had raised, and collectively we were able to make a $1,560 donation to the American Cancer Society’s “Making Strides Against Breast Cancer”.

It’s obvious that the fundraising was one of the most impactful outcomes of our PINK OUT, but it did a lot for us as an agency too. Aside from having a lot of fun and getting photo evidence of our boss in a tutu, we worked together and accomplished something really special. It was an opportunity to try something new, get creative while supporting our community.

And perhaps most importantly, it was a reminder of how strong we are together.