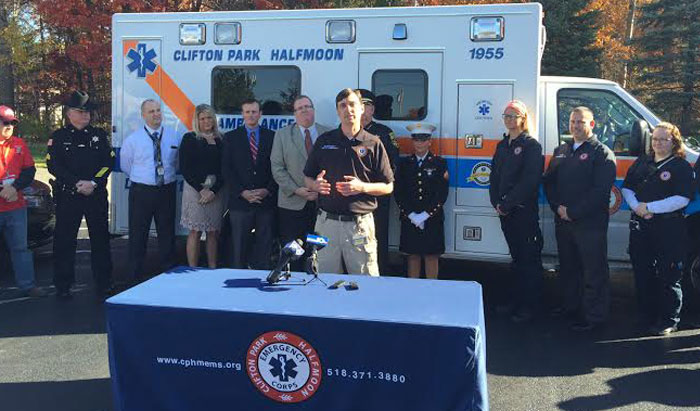 Multiple agencies in Saratoga County are banding together to make sure children around the region have a good holiday season this year.

Clifton Park & Halfmoon Emergency Corps (CPHM) and the Saratoga County Sheriff’s Department have stepped up to the plate to play a major role in the logistics behind the Capital Region Toys for Tots program within Saratoga County.

Representatives from both agencies, as well as the U.S. Marine Corps Reserve, which puts on the annual toy collection drive, gathered Wednesday morning at the CPHM headquarters, located at 15 Crossing Blvd. in Clifton Park, to announce the details of the new partnership for the 2015 holiday season.